Trying really hard not to make all of my content about being pregnant, I promise! But honestly it’s the only exciting thing going on in this never ending shelter and place LOL.  So here is my 2nd trimester update!  My 2nd trimester felt a lot longer then the first… probably because I didn’t know I was pregnant until like a third of the way through the first trimester.  So to give you guys an idea I was in my second trimester from December 31-April 13th. 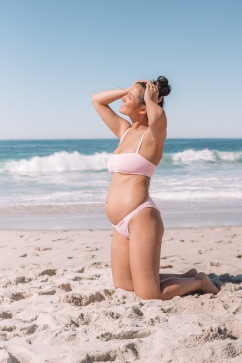 Let’s start with immediate differences I noticed.  The first is that I wouldn’t have to eat right when I woke up.  During my first trimester I literally would have to eat the second I woke up or I would feel nauseous for the rest of the day.  That went away almost the week I entered the second trimester, THANK GOD.  Honestly the nauseous overall went away but the food aversions (chicken breast, bell peppers) remained.  The next is the exponential amount of energy that I regained! It was unbelievable.  I went from falling asleep literally anywhere at 6 pm on the dot to being able to stay up until 10 sometimes later.  It was amazing not being exhausted anymore.  My appetite grew a little.  I used to eat A TON, so I don’t think I had regained it completely but I was definitely able to eat more then I did in the first trimester and I started gaining back the weight I had lost. 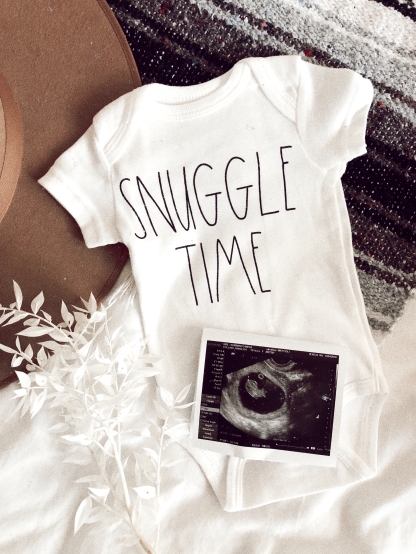 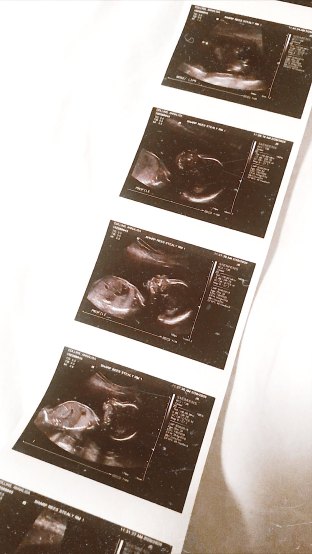 Next let’s talk about some exciting things that happened during the 2nd trimester.  The first being Chris and I got married on January 19th! I am not suggesting being pregnant during your wedding, but if you are, have your wedding early in your second trimester.  It was perfect timing.  I had energy and I wasn’t showing… Literally couldn’t ask for more LOL. We also ended up doing out gender reveal the day after our wedding before we left for our honeymoon and found out we are having a BOY! It was so fun to be able to just keep the high going from our wedding and celebrate with our family and friends a little longer. I started showing around… 19 or 20 weeks.  But not really, only when I was wearing tight clothing or a bathing suit.  But once I kind of started showing I feel like my belly grew pretty quick!  I also started feeling the baby kick which is such a trip! I felt him kick for the first time in early February and they were just little flutters every once in a while. Then gradually they became more and more frequent and then Chris was able to feel them! It was amazing to be able to share that with him and now the kicks are only getting stronger.

The doctor’s appointments started becoming more routine.  I would have my check ups once every four weeks.  There were a few notable appointments, the first being our super detailed ultrasound where they literally check out everything from the baby’s sex, to the baby’s vertebrae.  Seriously one of the coolest things.  This ultrasound took about an hour to complete but Chris and I were so in awe the whole time.  The next being that you could do the 2nd trimester test for down syndrome.  I ended up not completing this test, which honestly really didn’t bother me at all.  Our first trimester test came back negative and in the end any genetic disease wouldn’t have changed how Chris and I feel about our baby.  The next was the glucose test.  This was quite a fun appointment (please read this with a hint of sarcasm).  The one hour test really isn’t terrible and the drink isn’t as bad as everyone says, what was a bummer is my levels came back too high and I had to then take the three hour glucose test.  So, I had to fast, then go in and sit in the doctor’s office for three hours.  I brought my laptop, and my charger but it just sucked to have to get my blood drawn 4 times and even though I got the earliest appointment possible I still didn’t eat until around 1 pm.  Needless to say, I treated myself to chick fil a after that one.  Thankfully, I passed the three hour test and do not have gestational diabetes! 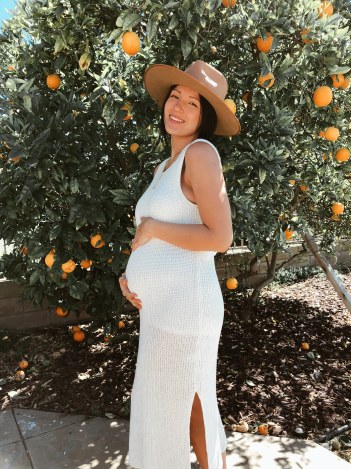 I started my third trimester last week and looking back on my second trimester it was generally pretty easy.  I had a few bumps a long the way, but I am so thankful that in all of this craziness baby boy and I are healthy!  I hope you guys are staying safe, happy and healthy!